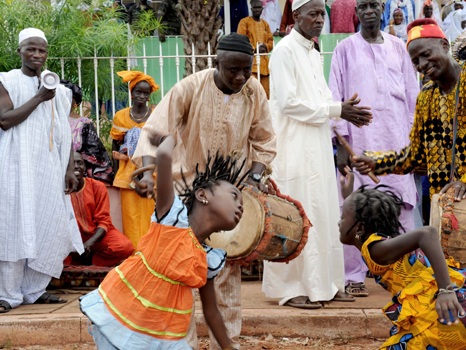 1. It is located in West Africa and is the 13th smallest county on the continent.

2. Its capital and largest city is Bissau.

6. Independence from Portugal was unilaterally declared on September 24, 1973. Since independence, Guinea-Bissau has experienced considerable political and military upheaval.

7. The people are called Bissau-Guineans.

8. Tourism is a small industry and tourists are few and far between. But for the adventurous, this tropical country offers vibrant culture, beaches, national parks and wildlife.

9. The Bijagos Archipelago is a beautiful group of 88 islands off the coast. This UNESCO World Heritage Biosphere reserve offers excellent swimming, diving and fishing, as well as opportunities to see pygmy hippos, sharks, manatees, turtles, and a myriad of migratory birds.

11. Carnival is celebrated annually in February or early March, with vibrant street processions with displays of traditional grab, dancing and drumming.

12. Gumbe, a primarily vocal and percussive song tradition using slit drums and calabashes, is the most popular form of music in Guinea-Bissau.